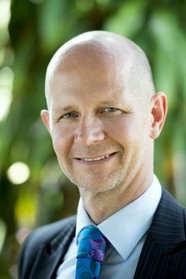 Cameron Bell was first admitted as a Solicitor of the Supreme Court of NSW in December 1992. He was immediately employed by the Aboriginal Legal Service in Redfern and continued to work for Aboriginal Legal Services throughout New South Wales as a solicitor until establishing his own practice in August 2005. Over that time, he also worked in Kalimantan, Indonesia, with Dayak organisations as an Australian Volunteer Abroad from 1996 to 1998.

Prior to becoming a sole practitioner, he was the senior solicitor in charge of the Lismore ALS office. Cameron Bell is an Accredited Specialist in Criminal Law by the Law Society of NSW, a public notary and an experienced Court advocate, appearing extensively in the Local, District and Supreme Courts. Cameron does considerable work for the Legal Aid Commission and is the coordinator of the Legal Aid Duty Roster scheme at Tweed Heads Court.

Although an Accredited Specialist in Criminal Law, Cameron has established a reputable practice in other areas including Family Law, Conveyancing and Property matters, Media Law, Wills and Estates and Civil Litigation.

Several matters that Cameron Bell, has had carriage of have been covered in the local media, some of which are detailed below.